Bl. John Henry Newman: The Comforter Comes to Us as Christ Came, by a Real and Personal Visitation 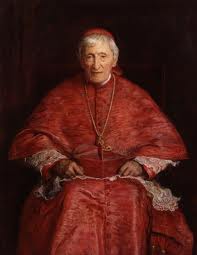 The gifts of the Holy Ghost...under the Jewish covenant...were great mercies; yet, great as they were, they are as nothing compared with that surpassing grace with which we Christians are honoured; that great privilege of receiving into our hearts, not the mere gifts of the Spirit, but His very presence, Himself, by a real not a figurative indwelling.

When our Lord entered upon His Ministry, He acted as though He were a mere man, needing grace, and received the consecration of the Holy Spirit for our sakes. He became the Christ, or Anointed, that the Spirit might be seen to come from God, and to pass from Him to us.

And, therefore, the heavenly Gift is not simply called the Holy Ghost, or the Spirit of God, but the Spirit of Christ, that we might clearly understand, that He comes to us from and instead of Christ.

Thus says, “God hath sent forth the Spirit of His Son into your hearts;” and our Lord breathed on His Apostles, saying, “Receive ye the Holy Ghost;” and He says elsewhere to them, “If I depart, I will send Him unto you.” 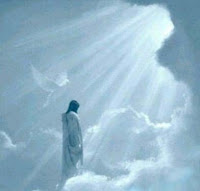 [...] The Comforter who has come instead of Christ, must have vouchsafed to come in the same sense in which Christ came; I mean, that He has come, not merely in the way of gifts, or of influences, or of operations, as He came to the Prophets...; but He comes to us as Christ came, by a real and personal visitation.

[...] We are able to see that the Saviour, when once He entered into this world, never so departed as to suffer things to be as before He came; for He still is with us, not in mere gifts, but by the substitution of His Spirit for Himself, and that, both in the Church and in the souls of individual Christians.

For instance, says in the text, “Ye are not in the flesh, but in the Spirit, if so be that the Spirit of God dwell in you.” Again, “He shall quicken even your mortal bodies by His Spirit that dwelleth in you.”
“Know ye not that your body is the of the Holy Ghost which is in you?” “Ye are the of the Living God, as God hath said, I will dwell in them, and walk in them.”

The same Apostle clearly distinguishes between the indwelling of the Spirit, and His actual operations within us, when he says, “The love of God is shed abroad in our hearts by the Holy Ghost which is given unto us;” and again, “The Spirit Himself beareth witness with our spirit that we are the children of God.