Below are just two of the 108 Polish Martyrs, among them Bishops, Priests, Brothers, Nuns and Laity who were killed or who died in Concentration camps during World War II when Poland was under Nazi occupation.  They were beatified by Bl. John Paul II on the 13th June 1999.  Their Feast Day is today 12th June. 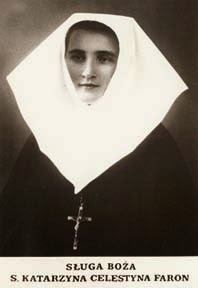 Katarzyna Celestyna Faron (1913–1944 KL Auschwitz); (1913–1944), had offered her life for the conversion of a Priest, Władysław Faron who became a 'bishop' in the Polish National Catholic Church. She was arrested by the Gestapo and condemned to camp. She put up heroically with all the abuses of the camp and died on Easter Sunday 1944. Fr. Władysław Faron later returned to the Catholic Church. 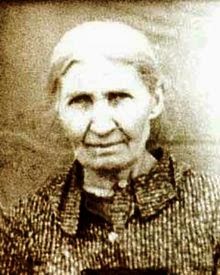 Marianna Biernacka, née Czokało (1888 – ) was a Polish  Roman Catholic citizen and a victim of the Second World War. She is listed among the 108 Blessed Polish Martyrs also known as the 108 Martyrs of World War II.

She married a farmer and had two children. In 1943, during the Second World War, her son, Stanislaw and his wife were arrested by German soldiers. In retaliation for the death of other German soldiers that had been killed in a village nearby, the husband and wife were singled out to be shot. Marianna offered to take the place of her pregnant daughter in-law and the soldiers agreed. Two weeks later, after being imprisoned, Marianna was shot and killed on in Naumowicze ().

On , Marianna was recognized as a martyr and beatified, alongside 107 other victims,  by Pope John Paul II at . There are two parishes named for the 108 Martyrs of World War II in Powiercie in , and in .

For a full list of the Martyrs go here: Wikipedia - 108 Polish Martyrs