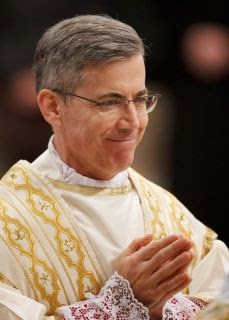 Everything from the latest papal encyclical to having a dialogue with atheists was explored in Focolare’s packed programme of events for this year’s Mariapolis which concluded in Dungarvan on Saturday.

More than 400 participants came from the four corners of Ireland and further afield to for the gathering in Co Waterford.

They were joined by the Papal Nuncio, Archbishop Charles John Brown, who brought with him the first encyclical of Pope Francis, ‘Lumen Fidei’.

In his sermon, the Nuncio said, “Those who live only for themselves … people who want to be the source of their own righteousness, they find that that is soon depleted and they are unable to keep the law (of God)…”   He added that St Augustine tells us not to turn away from the one who made us.

“The beginning of salvation is the openness to something prior to ourselves, to a primordial gift that informs life and sustains it in being. Only by being open to and acknowledging this gift can we be transformed, and experience salvation and bear good fruit,” Archbishop Brown explained.