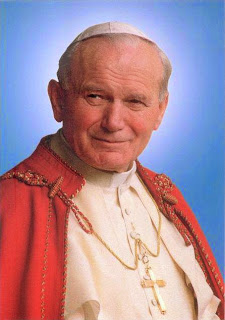 Italian media is reporting that cardinals and bishops of the Congregation for the Causes of Saints have approved a second alleged miracle through the intercession of Blessed John Paul II, possibly leading to the late Pontiff's canonization by the end of this year.

Pope Francis must still give the final signature, but reports say that the cardinals and bishops of the Congregation meeting this morning in a plenary meeting were in favour of a canonisation ceremony taking place in December, after the end of the Year of Faith. October, which has often been a popular time for beatifications and canonizations, is thought to be too soon to arrange logistics.

A board of theologians approved the miracle earlier this year, and a panel of doctors had earlier ruled that an inexplicable recovery of a woman had come about through the intervention of the Polish pontiff.

The miracle had to have taken place after John Paul II's beatification, and it's being reported that it happened the very night he was beatified, on .

Meanwhile, Italian media is also reporting that Blessed John XXIII, whose cause was also discussed at today's plenary meeting, may also be canonized around the same time. Since his beatification in 2000, various alleged miracles attributed to the intercession of Pope John have been reported, but none passed the scrutiny of doctors and theologians. However, the Pope - if he wishes - may waive the need for a miracle and proceed with a canonization after having heard the advice of the cardinals of the congregation.
The has so far declined to comment on either possibilities.

Above from: National Catholic Register - Canonisation of Bl. John Paul II in December ?