Archbishop strikes back at efforts to marginalise Church 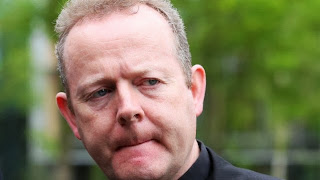 Some want the voice of faith and religion relegated to the private sphere Archbishop Eamon Martin warns.

The Catholic Primate in waiting has hit out at attempts to marginalise the Church from the public square and defended its right to make its views known on issues such as abortion.

Speaking on Sunday evening at St Oliver Plunkett Church in West Belfast for the Féile an Phobail celebrations, Archbishop Eamon Martin warned that there are those “who would want the voice of faith and religion relegated to the privacy of our homes and churches and kept far away from the cut and thrust of public discourse.”

He emphasised that people of faith were not trying to create some kind of church state, and cited the teachings of the Second Vatican Council which make it clear that Catholics ought not to interfere with the ‘legitimate autonomy’ of socio-economic, political and cultural affairs.

But that does not mean that religion has no part to play in the national conversation, Dr Martin said.
“Why shouldn’t a Catholic politician, or lawyer, or teacher, or person of any profession for that matter, be able to confidently and unapologetically express their sincerely held faith-based arguments in the public square without fear of ridicule or being branded a bigot or against freedom?”, he asked.

The Catholic leader challenged those who want to edge the Church out of the public square on whether that was truly pluralist.

“Surely the mark of a truly pluralist society is one which will allow people of all faiths and none to express and act upon their conscientiously held views, particularly on a matter as critical as the upholding of all human life.”

Above from and continued here:
Catholic Ireland - Archbishop strikes back at efforts to marginalise Church