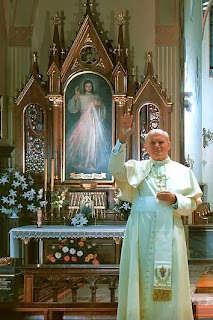 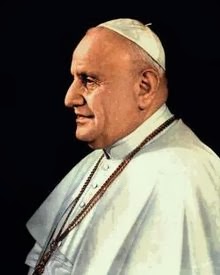 Blessed John Paul II and Blessed John XXIII will be canonised on , Pope Francis has announced.
Pope Francis announced this morning that the two former popes will be made saints on Divine Mercy Sunday.
Blessed Pope John XXIII led the Church between 1958 and 1963 and convened the Second Vatican Council.
Pope John Paul II, the first Polish Pope, died in 2005 and was beatified in May 2011.

Above from: Catholic Herald Online