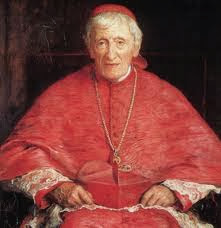 Of course, as you say, a convert comes to learn, and not to pick and choose. He comes in simplicity and confidence, and it does not occur to him to weigh and measure every proceeding, every practice which he meets with among those whom he has joined. He comes to Catholicism as to a living system, with a living teaching, and not to a mere collection of decrees and canons, which by themselves are of course but the framework, not the body and substance of the Church. And this is a truth which concerns, which binds, those also who never knew any other religion, not only the convert.

By the Catholic system, I mean that rule of life, and those practices of devotion, for which we shall look in vain in the Creed of Pope Pius. The convert comes, {19} not only to believe the Church, but also to trust and obey her priests, and to conform himself in charity to her people. It would never do for him to resolve that he never would say a Hail Mary, never avail himself of an indulgence, never kiss a crucifix, never accept the Lent dispensations, never mention a venial sin in confession. All this would not only be unreal, but would be dangerous, too, as arguing a wrong state of mind, which could not look to receive the divine blessing. Moreover, he comes to the ceremonial, and the moral theology, and the ecclesiastical regulations, which he finds on the spot where his lot is cast. And again, as regards matters of politics, of education, of general expedience, of taste, he does not criticize or controvert.

And thus surrendering himself to the influences of his new religion, and not risking the loss of revealed truth altogether by attempting by a private rule to discriminate every moment its substance from its accidents, he is gradually so indoctrinated in Catholicism, as at length to have a right to speak as well as to hear…. (Letter, p. 18-19.)

Above from: Called to Communion - Bl. John Henry Newman on his Conversion

*Today we finish our Novena to Bl. John Henry for an Irish Ordinariate.  Prayer on sidebar of this blog above right.  Bl. John Henry Newman pray for us and for our Church.