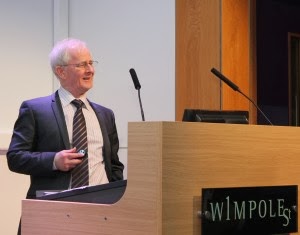 The overwhelming majority of ’s abortions are “probably illegal”, a senior psychologist has said.


Liverpool-based Dr Michael Scott said that the 99 per cent of abortions in performed each year to protect the mental health of the mother could not be scientifically justified.

The consultant pyschologist, who often serves as an “expert witness” by Merseyside Police and has worked with the families of the Hillsborough disaster, said a “charade” is operating around the working of the 1967 Abortion Act.

Abortions on mental health grounds were so dishonest that they were effectively illegal, he said.
At a conference in he called for the total abolition of Ground C, the section that permits abortion when the “continuance of the pregnancy would involve risk to the life of the pregnant woman, greater than if the pregnancy were terminated”.

It is under Ground C that nearly all of about 200,000 abortions are performed annually in , most of them for so-called “social” reasons. According to Keir Starmer, the outgoing Director of Public Prosecutions, Ground C could also have been used to legally justify the sex-selective abortions of female foetuses because of their gender.