Synod on Family was gravely irresponsible for causing confusion 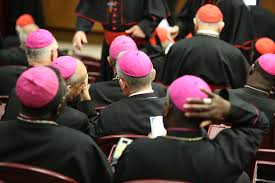 An article from the Irish Times by Fr. Vincent Twomey SVD, Professor Emeritus of Moral Theology in Maynooth

But the Synod is also extraordinary in the more colloquial sense of the term. Cardinal Kasper’s address to the February meeting of cardinals in preparation for the Synod set the agenda. It was widely publicised in various languages and actively promoted by the author in interviews and talks around the world. It expressed his life-long campaign to allow divorced and civilly remarried faithful receive Holy Communion in certain restricted circumstances. He has not come up with one convincing answer to the theological critique that has been made of his essentially casuistic position.

The issue of remarried divorcees is a real pastoral problem in Western Europe and but is not the only one, nor the most pressing one. And yet it became the focus of an intense pre-synodal debate, distracting attention from more central issues such as widespread cohabitation, child welfare, and pornography in the West, polygamy in Africa, or interreligious marriage in . What is most strange is that the whole area of so-called artificial reproduction (IVF, surrogacy, etc) never surfaced in any report.

Email ThisBlogThis!Share to TwitterShare to FacebookShare to Pinterest
Labels: Fr. Vincent Twomey, The Synod on the Family