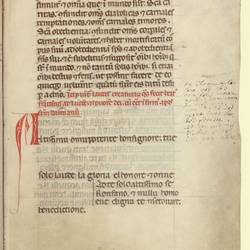 The UN is holding an exhibition with manuscripts and papal bulls on St. Francis of , for the first time ever.

The Canticle of Creation makes it to . Between 17 and 29 November, the UN will be hosting an exhibition titled “Friar Francis: Traces, Words and Images” at its headquarters in . At a press conference held today in , emphasis was placed on the fact that this is the first time manuscripts and papal bulls on St. Francis of are to be shown at the UN headquarters. The exhibition will then move to Brooklyn Borough Hall where it will be hosted between 2 December 2014 and 14 January 2015 so all New Yorkers can get to see it.