Irish Cardinal: ‘No assurance’ politicians who vote to legalize abortion won’t be excommunicated 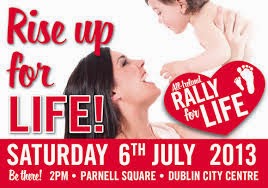 ARMAGH, Ireland, July 5, 2013 (LifeSiteNews.com) – When Tom Barry, an Irish politician, told Irish media that the Catholic Primate of Ireland had assured him he would face no ecclesiastical penalty for voting to legalize abortion, he spoke out of turn, according to a spokesman for Cardinal Sean Brady.

LifeSiteNews.com has obtained an e-mail from a correspondent in sent by Fr. Michael C. Toner, diocesan secretary, that clarified the cardinal “had given him no assurances whatsoever and making clear the teaching of the Church as outlined by Blessed John Paul II in the Gospel of Life(Evangelium Vitae).”

LifeSiteNews.com also confirmed the information with the executive director of the Council for Communications of the Irish Catholic Bishops’ Conference. Fr. Tim Bartlett said in an e-mail, “What I can confirm is that when Cardinal Brady read the reports of Mr Barry’s comments on his first letter, he was taken aback and wrote to him again to make it clear that no such assurances had been given or could be taken from his first letter and reminding him of the relevant aspects of Evangelium Vitae in terms of the grave and unmistakable responsibility on Catholic politicians when such legislation is proposed.”
Barry had told the Irish Examiner that he had written to both Brady and the papal nuncio, Charles Brown, and the cardinal had assured him he had nothing from an ecclesiastical point of view to worry about for supporting the bill.

“I received responses from both,” Barry told the Examiner. “But in particular, Cardinal Brady’s letter was very decent, telling me not be to be concerned but outlining his and the Church’s views on the matter.”

The papal encyclical, Evangelium Vitae, by Pope John Paul II, prohibits any Catholic politician from supporting legislation that liberalizes abortion laws, and the Church’s Code of Canon Law specifically states that those “obstinately persevering in manifest grave sin are not to be admitted to holy communion.” The encyclical says that “a person who actually procures an abortion incurs automatic (latae sententiae) excommunication”..

“The excommunication affects all those who commit this crime with knowledge of the penalty attached, and thus includes those accomplices without whose help the crime would not have been committed,” the encyclical continues.

In his letter to US bishops in 2004, the former Cardinal Ratzinger wrote that politicians, who were at the time in a campaign for the presidency, “must” be refused Communion if they persist in supporting abortion legislation after receiving due instruction from the clergy.

Monsignore Ignacio Barreiro, head of the office of Human Life International, told LifeSiteNews.com that the threat of the abortion bill is only a symptom of the longer-term erosion of Catholic Christian life and belief in .

He said that the immediate cause of the bill having been brought forward, has been the shock of the sexual abuse scandals, and the loss of prestige of the Church that resulted. The larger, longer-term cause, however, has been the more general crisis of faith and moral values that followed the Second Vatican Council II in the 1960s. What is needed, he said, is more than just pro-life political campaigns against this or that piece of legislation or immediate threat, but a massive “re-evangelization” of .

Above from and Continued here: LifeSite News - Irish Cardinal: ‘No assurance’ politicians who vote to legalize abortion won’t be excommunicated