What can St Oliver Plunkett teach us in these times ? - Bishop Michael Smith (Diocese of Meath) 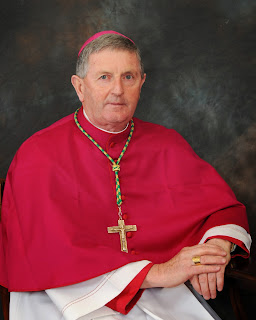 Bishop Smith celebrated the annual Mass in honour of Oliver Plunkett in the grounds of the Saint’s birthplace on .


In his homily, Bishop Smith reflected on the quality of service which St Oliver Plunkett gave to his Church and country.

“St Oliver was a person and a priest of the utmost integrity. He sought to live out the vocation he has accepted with fidelity even unto death. He could have saved his life by compromising and accepting offers made to him. However these would have compromised the integrity of his commitment to his vocation and violated his conscience.

“The example of St Oliver is striking in these times when compromise, following current fashion and media hype are much in vogue. This is especially so on the issue at present before the Dáil, touching the most fundamental of all rights, the right to life. A refusal to engage with the serious issues involved, media distortion and misrepresentation, the imposition of a party whip that ignores conscience all demean the discussion. Is party unity more important than a decision to enshrine the taking of the life of the innocent unborn child in our laws?  This decision will, over the decades, have profound consequences for life and society.

“When St Oliver had difficult decisions to make, he was not swayed by personal convenience or social pressures, an example that is much absent in these times when opinion polls take precedence over those fundamental moral principles that give cohesion and substance to life and to society.”

Above from:  Diocese of Meath